At this moment, everybody and all his brothers and sisters might either be distressed or complaining about something like crimes, intolerable environment, unsatisfactory political leaders, terrorism, nuisance, hunger, malnutrition, epidemics, child labour, child marriage, foeticide etc. All these problems chiefly indicate lack of education in generality and accordingly calls for Quality Education not just for our offspring or siblings or their connections but essentially for all.

Why you should educate the children other than yours?

The principle of “Vasudhaiva Kutumbakam” is so intrinsic and incorporated through reason that the action or inaction of every person in any corner of the world undeniably affects us in essence though not tangibly. The proliferation of number of uneducated children therefore is creating an acute threat to national security and Everyman’s tranquility.

The grown up human civilization is like a seed and the child is like a sprout asking the seed, “Please keep me safe or else I will never see the light of the day”. Children today are our future counterparts and their development is intensely critical for the sustainable development of the society. If and only if their interests are saved, society can enroot. Children according to Hindu mythology are regarded as Godly figures, nevertheless to catch a glimpse of these godly figures asking for some pennies on the traffic signal; or asking for the mercy not to get beaten and abused by and again, or moving their tiny hands like tongs of machines in the factories, or holding a pistol outweighing all their innocence; or getting tied in the clutches of marriage; did not cause much surprise to us in India.

Education is an impersonation of a Potter which moulds clay like child into a human being so that he could serve his own self and the nation. Right to Education is thereby a tool by which the evils akin to children like Poverty, Child Labour, child in need of care and protection, Juveniles in conflict with law, Child marriage, Girl child foeticide, etc. could be eradicated.

How we thought of it?

The story dates back to three years from now, when Mr. Pranjal Singh with his friends was sitting at a street fast food shop and two small children aged about 6 years in tattered clothes came there and presented some thought provoking magical tricks. Upon being asked where they live, they answered “in a slum full of magicians yet in devoid of water, food and cloth, surrounded by well-developed big homes”.

Enticed with their answer, we went their slum which was situated in the well-developed area of Jaipur yet surprisingly that small portion of slum was devoid of basic and essential amenities of livelihood. Not a single person had ever went to school from that Basti and children were made Jamuras by their parents to attract more people and money towards their magical tricks.

The problems there were more in number than the people residing there like Health problems, illiteracy, lack of basic amenities like water, electricity, cloth, shelter, road etc. The children there were roaming naked in chilling winters, some asking for pennies and doing rag picking while some other were substituted with animals to become Jamuras. Young girls were forced to take seven steps without knowing the denotation of marriage.

Comprehending these problems, we took pledge to transform this Basti and since then endeavoring hard in facilitating basic amenities, Education being paramount to this Basti. Our endeavor has shaped many lives and written many success stories.

“I love school. I have so many friends and I love to play with them. I love when my teacher claps for me.”

“We now have clothes and woolens to cover our body”

-says a parent of a girl who is now going to private school under RTE.

How we step in and what we do?

The comprehensive transformation of Madari Basti is our dream project wherein we undertake to facilitate the people of Madari Basti with highest attainable standard of livelihood by affording clothes, woolens, blankets, utensils, filling of RTE forms at personal cost, aid in making their complete documents etc.

Specifically pointed towards to implementation of Section 12 (1) (c) of Right of Children to Free and Compulsory Education Act, 2009, we undertake many activities like Evaluation and selection of Target areas, formulation of survey Form, Door-to-Door Surveys, Affixation of posters/Banners/Pamphlets, Filling Online Application on RTE Portal, Assist in compilation of required documents, Centralized Online Lottery, Reporting in Schools etc. This initiative doesn’t come to an end by final admission; we constantly provide counseling to the street children and their parents so that they did not fall prey to self-deprecation.

In order to supplement this initiative we undertake other initiatives and impart awareness on other related issues through legal aid camps, seminars, workshops, nukkad nataks, public meetings, media etc.

Right to Education must not be interfered with in any way and when anything comes in to impede it, Abhyutthanam comes in to rescue either it be women harassment, domestic violence, child labour, water and environment problems etc.

Making a child smile and making his life worthwhile can indeed make our life heavenly and divine! 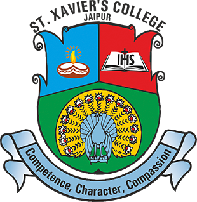